This support article covers featuring a specific episode for the full player, which is a player that comes with the Pro subscription only. Read more here about how Pro compares with the Free subscription.

How to Feature a Specific Episode in the Full Player

TL;DR: Add featured_episode="110" to your shortcode, replacing "110" with the number of the track you'd like to feature.

Read on for a deeper explanation of this feature.

What is a Featured Episode?

Simply put, a featured episode is a special episode you want visitors to see at the top of your full player.

Let's say your podcast has 199 episodes. When you create a full player, it will display your podcast playlist with episode 110 at the top when you use featured_episode="110" in your shortcode. It would look something like this: 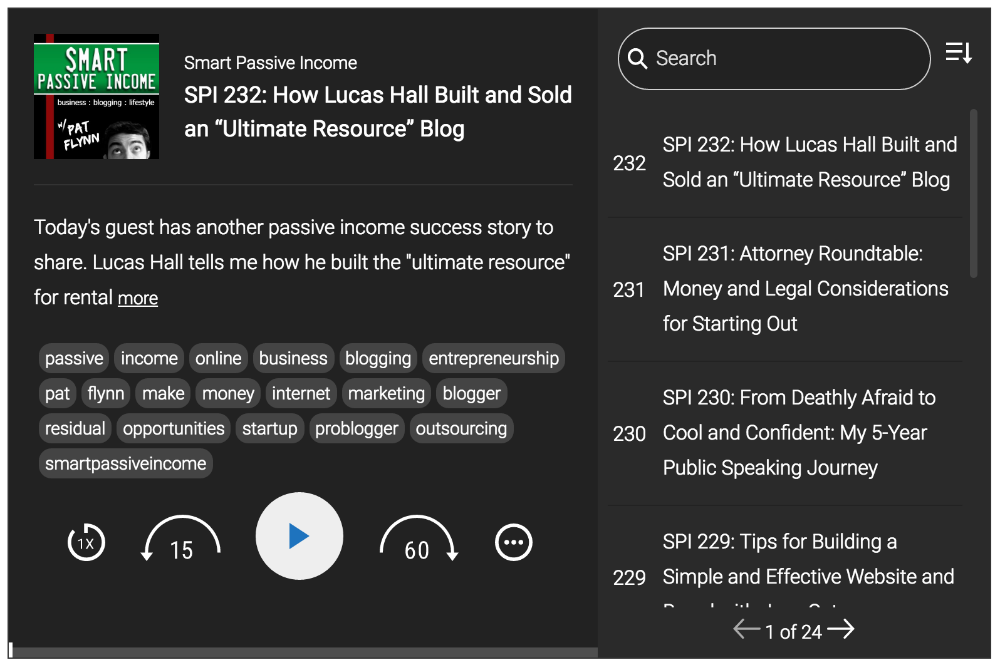 When visitors see your player, the most recent episode is at the top. But what if you had a really special guest on your show and episode you want listeners to hear first? Now you can feature that episode while still providing your whole show playlist.

Using the example of the Smart Passive Income Podcast, Pat had Tim Ferriss as his guest on episode #110. Tim Ferriss is a highly popular author, and so while Pat has published many episodes since then, he might want listeners to hear that episode first. It would look like this (the red circle is added for emphasis): 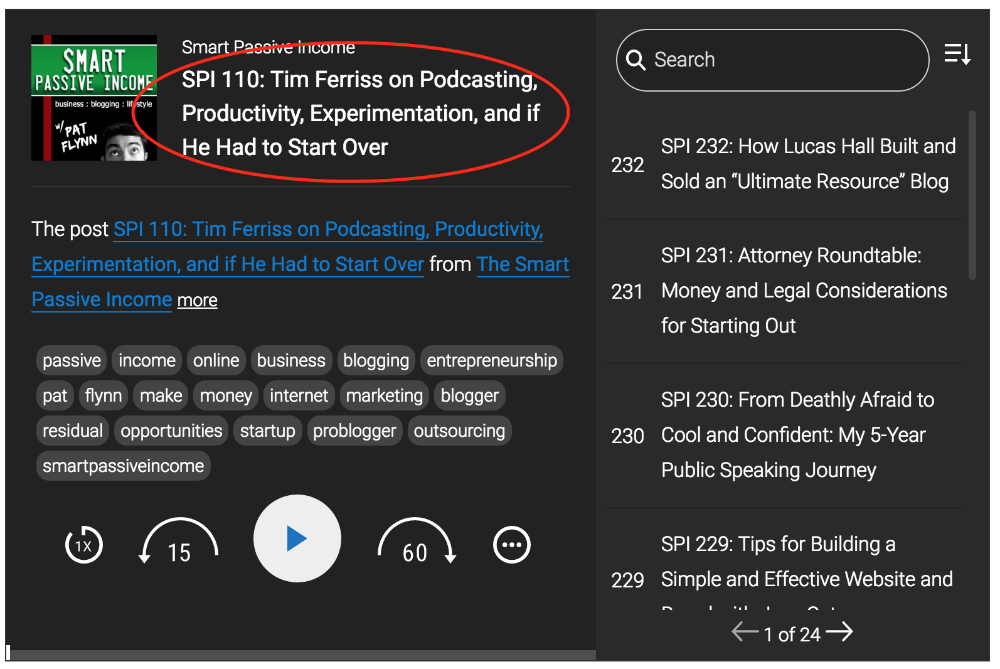 Episode #110 is the episode that is ready to be played and the show notes listed are for episode #110. Note that the list on the right-hand side still loads normally, with the most recent episode at the top.

How to Feature an Episode

To feature an episode, add the following text to the end of your shortcode:

This will pin the 110th track in your feed to the top of your playlist. Here's what the full shortcode looks like:

Replace "110" with the number of the track you'd like to feature.

Help! The Number I Entered Doesn't Match My Episode!

For most users, the number you enter will match your episode number. If you want to feature episode #12, you'll enter "12" into the shortcode.